Chile's Bachelet Will Win Presidential Election in First Round 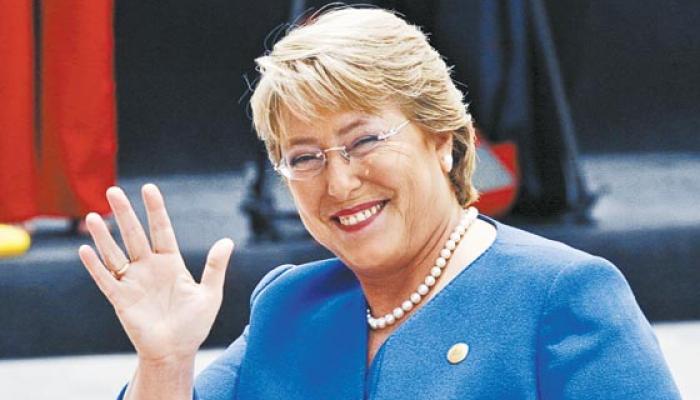 Santiago, Oct 30 (RHC), -- Michelle Bachelet, Chile's left-leaning opposition presidential candidate and ex-President, is touted to win the
Nov. 17 election in the first round.

According to a poll carried out by the Public Studies Center CEP 47 percent of the 1,400 respondents said they will vote for Bachelet of the center-left New Majority coalition.

Bachelet, president of Chile from 2006 to 2010, is trailed by Evelyn Matthei, candidate of the conservative ruling party who registers 14
percent of the support. Independent candidate Franco Parisi has 10 percent, and the Progressive Party's Marco Enriquez-Ominami, 7 percent.

These figures coincide with previous surveys that indicated that 45 percent of the respondents want Bachelet to become president, whereas 12 percent go for Matthei.

The latest poll also reflects increased public support for political and social reforms that are more in line with leftist policies than those of the current government of pro-business President Sebastian Pinera, whose approval rating is as currently as low as 35 percent.