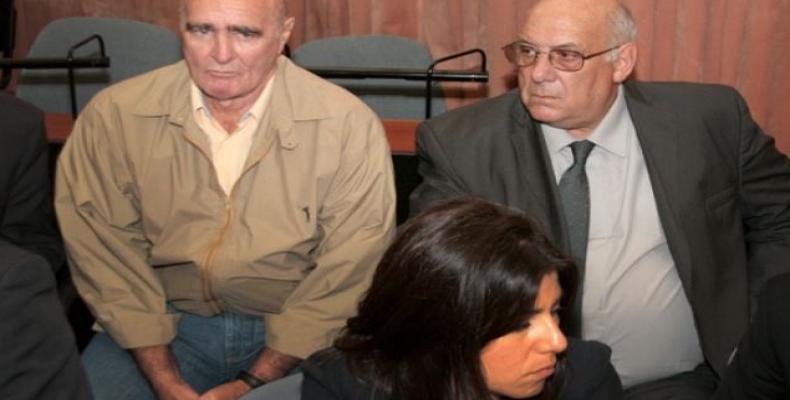 Buenos Aires, December 20 (RHC)-- A court in Argentina has handed down life sentence to four former military officers for committing crimes against humanity during the 1970s' U.S.-backed military dictatorship in the South American country.

The Buenos Aires court found the four guilty of "illegal deprivation of liberty, torture, rape and homicide," involving 204 people out of the total 2,500 held at the Vesubio detention center between 1976 and 1978.

The Vesubio detention center operated in the La Matanza district of Buenos Aires, until it was destroyed to prevent the Inter-American Commission of Human Rights from inspecting it during a country visit. Famous comics writer, Héctor Oesterheld, author Haroldo Conti and filmmaker Raymundo Gleyzer were among those who died in the prison.

Former Argentinian Major Ernesto 'Nabo' Barreiro has recently broken his 31-year pact of silence by revealing the locations of graves of people who disappeared under the military regime during the so-called 'Dirty War' from 1976 to 1983. Barreiro said some two dozen people are buried inside two large earthen ovens at a military base outside the central city of Cordoba.

Previous Argentine governments have failed to investigate crimes committed during the almost seven-year dictatorship due to the so-called Full Stop law, which saw an end to prosecutions. However, the law was repealed ten years ago.

The U.S.-backed dictatorship in Argentina jailed, tortured and murdered dozens of people and forced thousands to flee the country during the war. Federal courts are seeking the whereabouts of an estimated 30,000 people who were killed or abducted and presumed killed during the dictatorship.