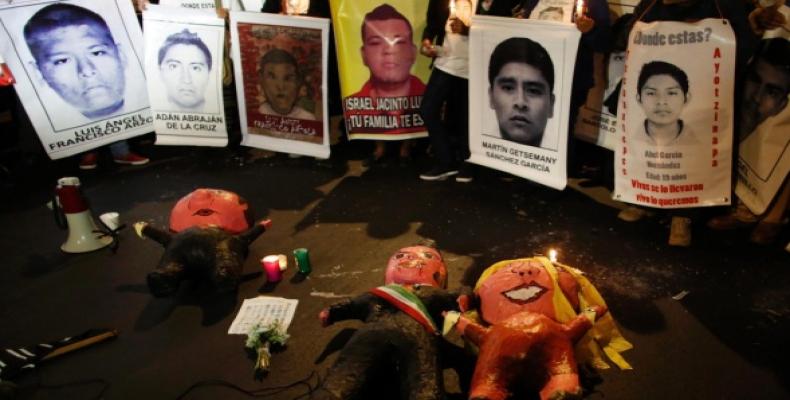 Mexico City, January 30 (RHC-teleSUR) -- The National Commission on Human Rights (IACHR) rejected a move made by Mexico's attorney general earlier this week that declared the case of the 43 disappeared students from Ayotzinapa closed, claiming the students were all dead. The IACHR said Thursday that the case cannot be closed.

“The case is still open. We have to wait to see what the judges say, the Inter-American Commission on Human Rights, the results from tests sent to experts abroad. It should not be closed, you cannot speak of a conclusion and for the IACHR it remains open,” said President of the IACHR Luis Raul Gonzalez Perez.

Earlier this week, Attorney General Murillo Karam corroborated the government's official version of the events on Sept. 26, when 43 students from a teaching school in Ayotzinapa in the state of Guerrero went missing. According to Murillo Karam, the students were kidnapped and handed over to a local drug gang, and were later killed, burned and disposed of at a dump in Cocula and in a nearby river.

However, according to an Austrian team of forensic scientists helping investigate the case, the burned DNA remains that were found are impossible to identify.

Families of the students and supporters continue to demand that the government keep the case open and investigate the Mexican army's involvement in the crime.