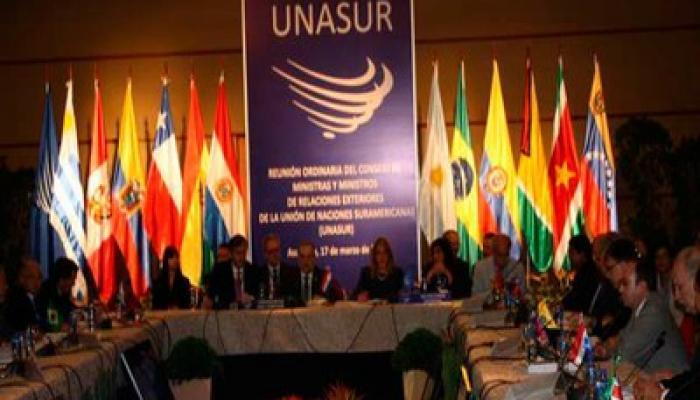 Caracas, February 5 (RHC-Xinhua) -- The Union of South American Nations (UNASUR) on Wednesday voiced support for Venezuela on its recent face-off with the United States.

UNASUR Secretary-General Ernesto Samper made the pledge during a meeting in Caracas with Venezuelan President Nicolas Maduro, in the wake of Washington's approval earlier this week of new sanctions against Venezuelan senior officials.

The president said he called upon Samper because he believes that the entire UNASUR bloc must condemn this type of threats, which currently affects Caracas but in the future can be against any other nation of the group.

For his part, Samper ratified the bloc's support for Caracas and condemned any type of aggression by any state to destabilize any of the group's members. In their talks, he and Maduro decided that the regional group is to hold a foreign ministers' meeting to discuss the issue next week. "We'll set a clear position about these sanctions and other issues" at the conference, Samper said.

The UNASUR chief also stressed the bloc's commitment to supporting and mediating the talks between Maduro and the political opposition.

The dialogue started in April 2014 after months of violent protests, but just a month later, the opposition pulled out alleging lack of results and commitment from Maduro and other government officials.