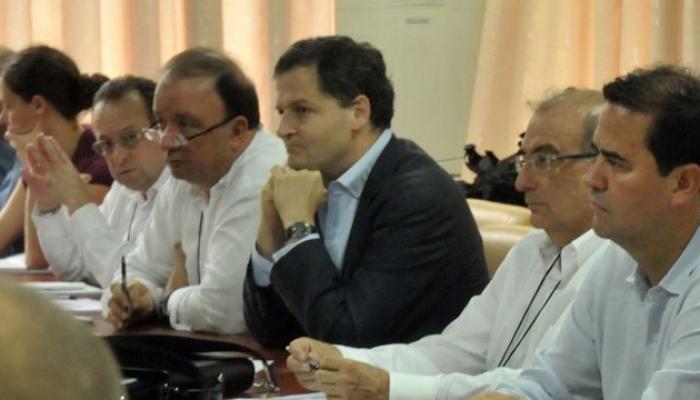 Havana, November 5 (RHC) -- The delegations of the Revolutionary Armed Forces of Colombia (FARC) guerrila group and the Colombian government continue discussions today on the second item on the peace talks' agenda, the rebels' participation in politics.

On Monday, FARC spokesman Rodrigo Granda said they were making “good progress,” highlighting the strong will on both sides to finalize a deal on this issue by the end of the week.

There has been partial agreement on the land reform issue since the talks began in Havana in November last year.