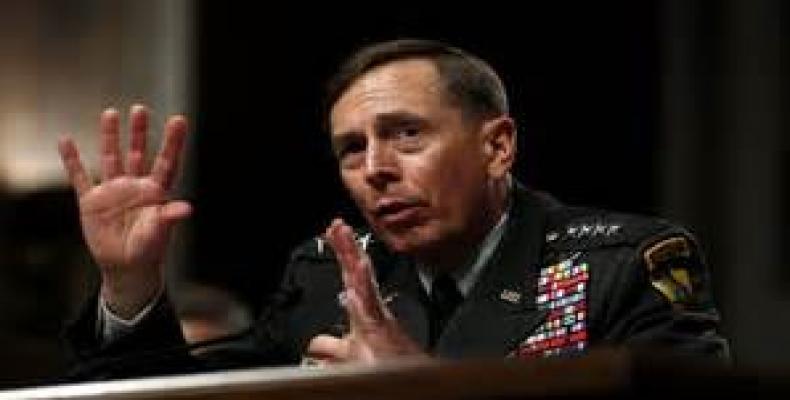 The deal would allow the four-star general to avoid an embarrassing trial that would shed light on the details of his affair with Paula Broadwell, his mistress and biographer. Petraeus admitted that he gave eight "black books" that contained "Top Secret" and "national defense information" to Broadwell at the time he was a commander in Afghanistan, according to the Justice Department.

The plea deal will reportedly recommended two years of probation and a $40,000 fine for the renowned commander.

In an e-mail at the time, Petraeus promised his mistress that he would give her the books and later personally delivered them to a residence where she was staying in Washington, DC.

Petraeus resigned from the CIA after his extramarital affair with Broadwell was accidentally exposed in 2012, which he said was due to his "extremely poor judgment." The affair came to light after the FBI launched an investigation over the e-mail which they mistook as a reference to corruption.

The retired general played vital roles in the Iraq and Afghanistan wars during his military career. Petraeus was responsible for training Iraqi forces during the U.S. occupation.