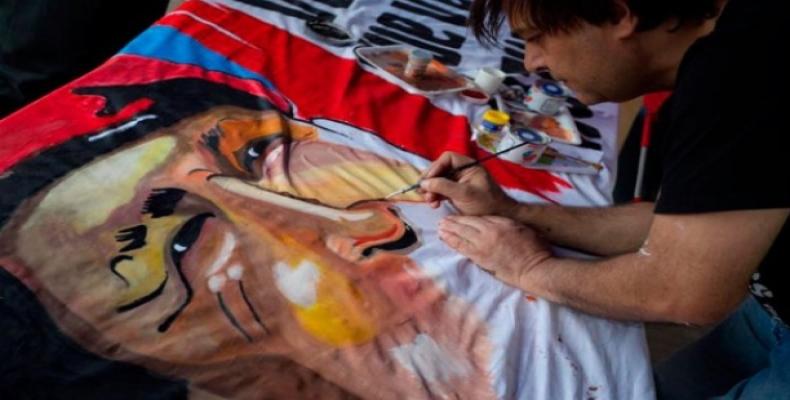 Caracas, March 5 (teleSUR-RHC)-- Commemorations are being held around the world to pay tribute to former Venezuelan President Hugo Chavez on the second anniversary of his death. Rallies are being held across Venezuela on Thursday, including the capital, Caracas, where the city’s Plaza Bolivar hosts a large rally.

Another major event is also scheduled for the Cuartel de la Montaña -- a military museum which now serves as a mausoleum for Chavez's remains. Cannon shots will be fired to mark the exact time when he died two years ago. Cultural events are also planned for Friday.

Solidarity events are taking place throughout the world to commemorate the date, with some of the first events held in Australia. In Sydney, Venezuelan Ambassador Nelson Davila addressed a crowd of Venezuela supporters. Organized by the Australia Venezuela Solidarity Network and Bolivarian Circle, the event included a short vigil to commemorate Chavez's life. Another event is planned for Friday. And in the U.K., the Venezuela Solidarity Campaign has also organized its own solidarity events.

Chavez died on March 5, 2013, after a long battle with cancer. He had been in office since 1999. His successor, President Nicolas Maduro, has vowed to deepen Venezuela's Bolivarian and socialist Revolution.