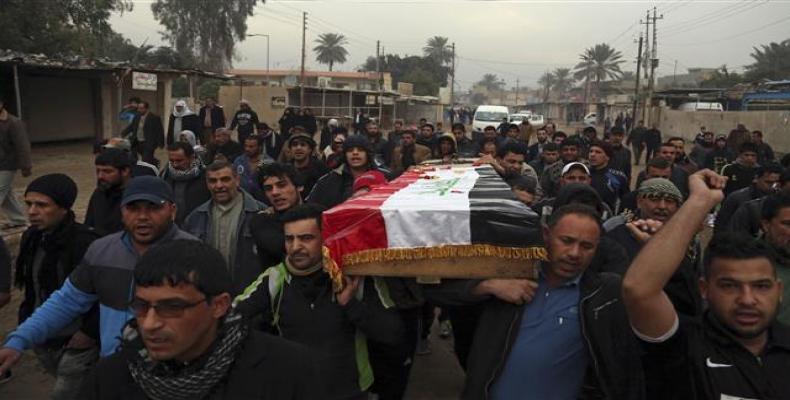 Baghdad, March 6 (RHC)-- Police and medical officials in Iraq say at least sixteen people have been killed in a series of bombings and mortar strikes in mostly civilian areas in and around the capital, Baghdad.

Officials, speaking on condition of anonymity, said 13 civilians lost their lives and at least 39 others sustained injuries in separate bomb attacks targeting an outdoor market in Baghdad's southeastern suburb of Nahrawan, a commercial street in the southern district of Abu Dashir, a market in the city of Mahmoudiyah, located 30 kilometers (20 miles) south of Baghdad, as well as in mortar attacks targeting a residential area in Baghdad's southern district of Dora on Thursday.

Another bomb also targeted a military patrol in a northeastern district, killing three soldiers and wounding seven. No group has claimed responsibility for the acts of violence, but such incidents are often attributed to the Takfiri ISIL terrorists.