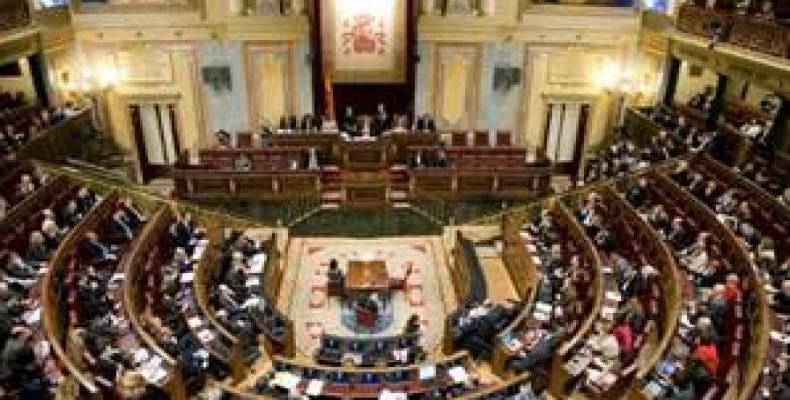 Madrid, March 28 (RHC)-- The Spanish lower house of parliament has approved new controversial security laws which are likely to restrict the right to protest and freedom of the press. The country’s ruling conservative Popular Party got the bills, which will come into force on July 1, 2015, passed with absolute majority in the assembly.

One law will change Spain’s criminal code by reviving the possibility of life imprisonment for heinous crimes, such as acts of terrorism, and murder of a child or handicapped person.

According to the second law, dubbed the Citizens’ Security Law by the government, up to 600,000 euros (USD 655,000) in cash fine may be handed down to those charged with public order offenses, even without a trial.

The security laws were approved two weeks after the Spanish senate voted to push forward with the changes which include hefty fines for people taking part in violent anti-austerity protests across the country. The administration of Prime Minister Mariano Rajoy has been supporting the two bills, arguing that they will improve public security. However, Spain's opposition parties say the bills restrict free expression and undermine democracy.

Critics have labeled the new measure as the "Gagging Law" since it imposes heavy fines on people participating in peaceful protests. Many see the new legislation as government's tougher crackdown on freedom of assembly and expression.

Massive anti-government street rallies in Spain have been rising recently, since the government has failed to meet people’s financial demands and seriously lowered the standards of living in the country.