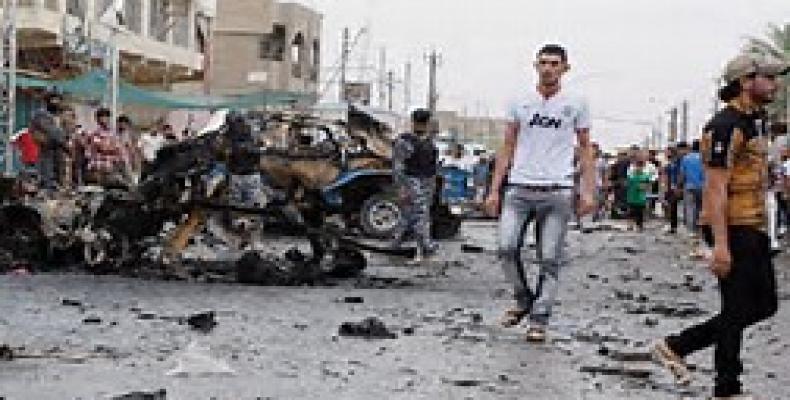 Baghdad, April 23 (RHC)-- At least seven people have been killed in a car bomb explosion near a car repair store in the Iraqi capital, Baghdad, officials say. The blast, which took place in the eastern district of Talibiyah, also injured 14 people and damaged surrounding property, the Associated Press quoted the Iraqi police officials as saying on Wednesday. Medical authorities have confirmed the casualties.

Also on Wednesday, at least five civilians were killed and over twenty others injured in another bomb explosion that targeted a funeral in the northern province of Kirkuk.

There were no immediate claims of responsibility for either blasts. However, Iraqi officials usually blame such attacks on the ISIL Takfiri terrorists.

The ISIL terrorist group started its campaign of terror in Iraq in early June 2014. The heavily-armed militants took control of the city of Mosul before sweeping through parts of the country’s Sunni Arab heartland. Iraqi soldiers, police units, Kurdish forces, Shia volunteers and Sunni tribesmen have recently succeeded in driving the terrorists out of some areas in Iraq.