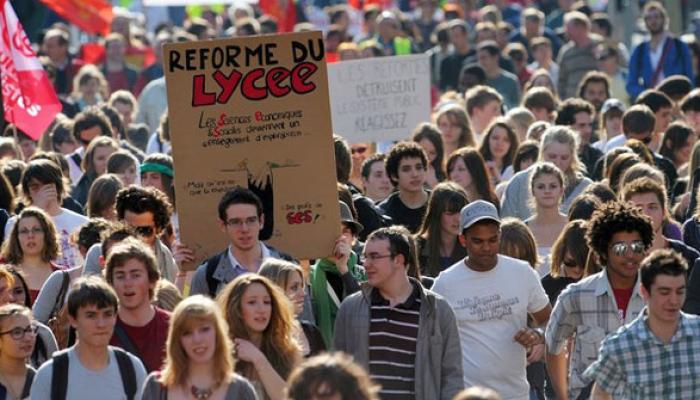 Paris, November 15 (RHC)-- Thousands of school teachers have held a demonstration in Paris against the Hollande government's education reform. Teachers marched from the city hall to the Education Ministry in a show of opposition against Education Minister Vincent Peillon’s reform of the primary school week.

Peillon angered many in the teaching profession earlier this year by proposing a return to France’s traditional 4.5-day school week in primary schools. By reverting to the old system means France’s primary schools would no longer close on Wednesdays with children attending classes for extra-curricular activities. In return, the length of the full teaching day is slightly shortened.

Under former President Nicolas Sarkozy, the school week was reduced to only four days, which meant longer hours in class for primary students. Although schools in the capital already have the new schedule in place, many regions in France decided to delay its implementation until September 2014.

The new schedule has unleashed protests from teachers and petitions from parents, who say that the longer school week is expensive and complicated to organize. Hollande, who pledged the reform during his election campaign last year, is struggling to defend it.