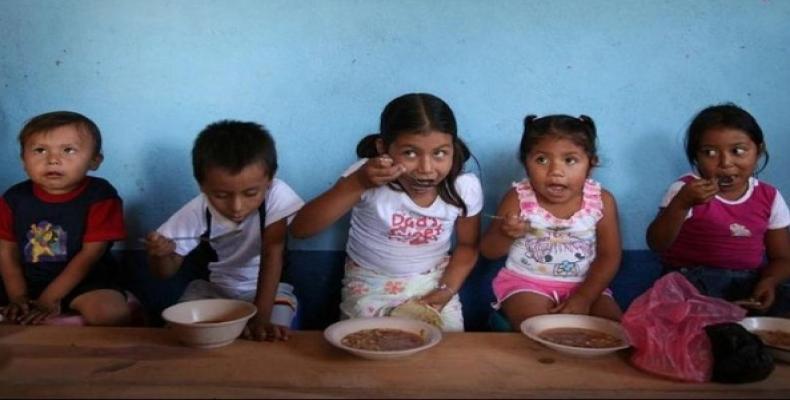 Tegucigalpa, May 28 (teleSUR-rhc)-- Acute malnutrition in Guatemala has claimed at least 30 lives so far in 2015, Prensa Libre reported on Wednesday.

According to Guatemala's state food security body Sesan, severe malnutrition deaths are down about 14 percent since last year, when 35 similar deaths occurred from January to May, 2014.

The announcement comes the same day as the release of the new U.N. State of Food Insecurity report, which found hunger has dropped worldwide and in Latin America. Central America has decreased undernourishment by about 38 percent, according to the report.

“Hunger in Latin America and the Caribbean dropped from 14.7 per cent to 5.5 percent since 1990.” However, the head of Sesan, German Gonzalez, said Guatemala's government food program Zero Hunger Pact, which aims to reduce chronic child malnutrition by 10 percent, has so far only managed to lower acute malnutrition by 1.7 percent annually.

According to UNICEF, over 40 percent of Guatemalan children are chronically malnourished, and the statistic is twice as high among indigenous children.