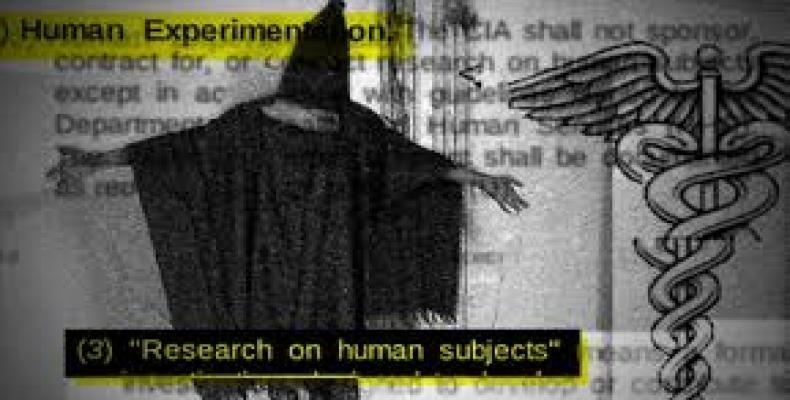 Washington, June 16 (RHC)-- The U.S. Central Intelligence Agency had explicit guidelines for "human experimentation" on terrorism detainees as part of its controversial rendition, detention and interrogation program, according to a newly declassified document.

The document containing the guidelines was obtained under a Freedom of Information Act request by the American Civil Liberties Union (ACLU) and shared with The Guardian newspaper, which published it on Monday. The CIA, however, redacted one of the four subsections on human experimentation.

The guidelines -- dated 1987, updated over the years and still in effect at the CIA -- give the agency's director the power to "approve, modify, or disapprove all proposals pertaining to human subject research."

The newly-declassified document raises new questions about the CIA's torture program, even though the agency's guidelines apparently rule against "research on human subjects" without their "informed consent," The Guardian reports. After reviewing the document, experts consulted by The Guardian argued that the CIA deliberately twisted basic definitions of human experimentation to ensure its torture program continued.

"Crime one was torture. The second crime was research without consent in order to say it wasn't torture," said Nathaniel Raymond, a former war-crimes investigator with Physicians for Human Rights and now a researcher with Harvard University's Humanitarian Initiative.