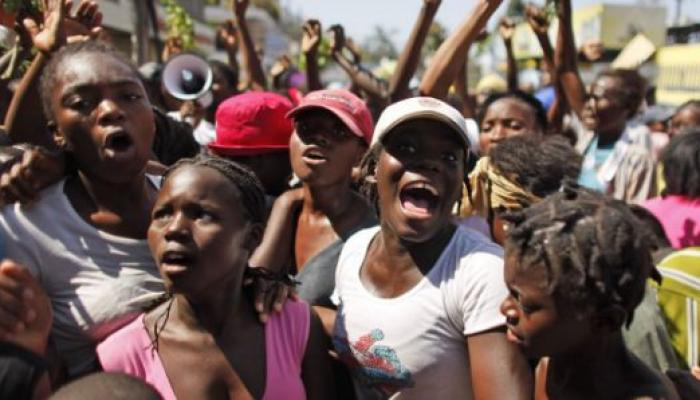 Port au Prince, November 18 (RHC) -- Thousands of Haitians took the streets of Port au Prince and other cities on Monday to demand justice for the victims of the cholera epidemic allegedly introduced by the United Nations Peacekeeping Mission (MINUSTAH).

The march were organized by the Haitians in opposition to high living costs in the poorest country of the Americas.

The mobilizations take place days after similar protests last week that were the scenes of violent clashes between protesters and police.

The Association of Victims of Cholera (AVC), accused the UN peacekeeping mission of having introduced the cholera epidemic that broke out in the country in 2010 and has left thousands of people dead. The AVC filed a lawsuit last October in a New York federal court against the United Nations, asking for compensation for those affected.

The latest reports say the cholera outbreak had killed more than 8000 people in Haiti, besides infecting hundreds of thousands more.