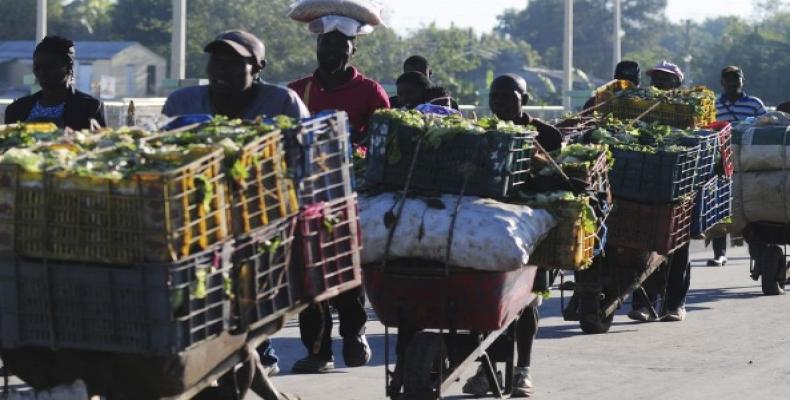 Santo Domingo, June 25 (teleSUR-RHC)-- Tensions have been mounting in the northern border between the Dominican Republic and Haiti, as Dominican officials start enforcing new strict immigration policies that could see up to 30,000 Haitians deported.

The border town of Dajabon has long been a popular spot for Haitians to find work either in the service or agricultural sectors, or to buy and sell market goods. Border officials have traditionally allowed these temporary crossings, as many of the Haitians return to Haiti at the end of the day.

According to reports from the Washington Post on Wednesday, the new immigration regulations in the Dominican Republic will make this open border and working scenario much harder for Haitians, while it will also have a huge impact on the local economy that depends on Haitian labor and business. “They make our economy dynamic,” Ana Carrasco, a Dominican restaurant owner in Dajabon told the Washington Post. “People come to buy eggs, chicken, spaghetti. If they don’t buy it in this market, they don’t eat. Hunger doesn’t have a flag, nor a border, nor a color, nor politics. It’s hunger. It’s necessity.”

Just as Haitians have come to depend on Dajabon to find work and food, local Dominican business owners in the town have come to rely on Haitians to supply much needed labor. “This issue affects my business, because my employees can’t come to work,” said Carrasco.

According to Dominican rice farmer Hiroshi Rodriguez, the manual labor on his farm is done by trucked-in Haitian workers because “Dominicans don't want to work,” he told the Washington Post.

The new stringent immigration laws are part of the Dominican Republic's new plan to “bring order to the country,” according to government officials. Tens of thousands of Haitians are expected to be deported since they are living in the country without proper papers, even though many of them were born there or have been there for years. Haitians were given a June 17th deadline to apply for residency permits, if they could prove they had lived in the Dominican Republic since before 2011.