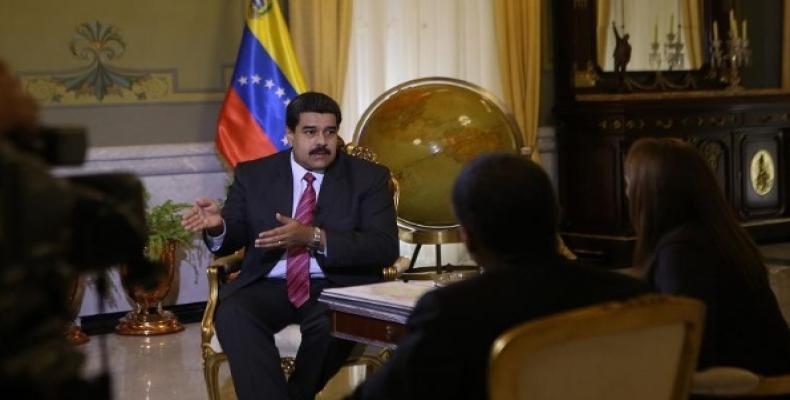 Caracas, July 9 (teleSUR-RHC)-- Venezuelan President Nicolas Maduro proposed that the Bolivarian Alliance for the Peoples of Our America, a bloc of Latin American and Caribbean countries known as ALBA, join the new BRICS bank, which is set to be fully functional by the end of this year.

"We will propose to ALBA member countries to join the BRICS bank, in order to build new financial realities," President Maduro told teleSUR in an exclusive interview. The group of emerging countries known as BRICS — an acronym that stands for Brazil, Russia, India, China and South Africa — is holding its seventh summit of the heads of state and government of its member states in the Russian city of Ufa.

One of its priorities for this summit is the launching of a much-anticipated BRICS development bank as a means of breaking away from Western-dominated financial institutions such as the World Bank and the International Monetary Fund. In line with that thinking, the central banks of Brazil, Russia, India, China and South Africa officially agreed to invest $100 billion in a joint currency pool Tuesday.

Maduro added that Latin American countries should follow the lead of BRICS countries and redouble their efforts to build regional institutions designed around the principles of complementarity and bilateral cooperation. "Seeing this BRICS experience should motivate us. The world is moving, it is a multi-centric world... each center is an engine that generates results, and we have produced some results on the continent,” Maduro said.

In late 2007, Argentina, Bolivia, Brazil, Ecuador, Paraguay, Uruguay and Venezuela signed an agreement to create the Bank of the South, a development bank with similar aims to BRICS' bank. However, the initiative has been stalled, according to President Maduro, as a result of a “lack of political will” and “bureaucracy.”