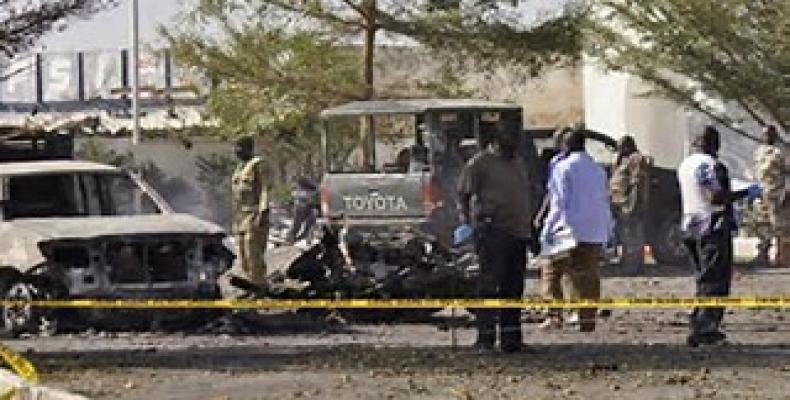 Abuja, July 9 (RHC)-- A suicide bomber blew himself up inside a church in the restive northeastern city of Potiskum, killing five worshipers, a police officer and witness told AFP.

The bomber entered the uncompleted Redeemed Christian Church of God in the Jigawa area on the outskirts of the city in Yobe state and detonated his explosives, killing the worshipers, including a woman and her two children as well as the pastor.

Eyewitnesses said that "four worshipers died instantly while the fifth victims died shortly after she was taken to hospital."