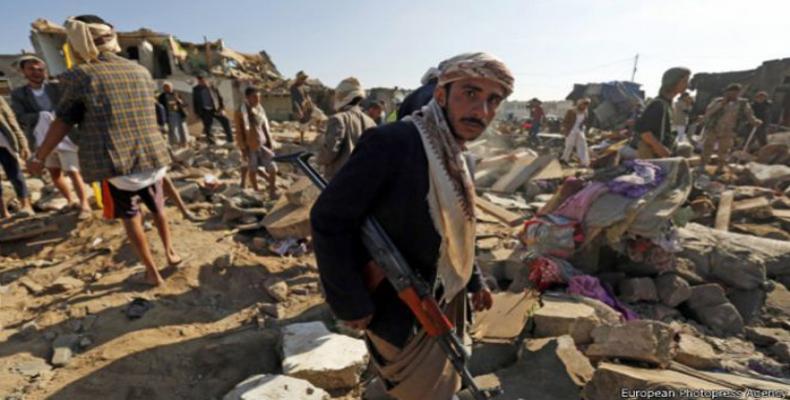 United Nations, July 10 (RHC)-- The United Nations has announced a humanitarian truce in Yemen to allow the delivery of urgently needed aid to civilians threatened with famine due to Saudi Arabia's incessant airstrikes.

The pause in fighting will take effect at 23:59 local time (2059 GMT) on Friday and will run up to the end of fasting month of Ramadan on July 17th. "It is imperative and urgent that humanitarian aid can reach all vulnerable people of Yemen unimpeded and through an unconditional humanitarian pause," AFP quoted UN spokesman Stephane Dujarric as saying on Thursday.

He added that warring parties in Yemen have given assurances to UN chief Ban Ki-moon that "the pause will be fully respected and that there will be no violations from any combatants under their control."

Over 21.1 million people, or 80 percent of Yemen's population, are in need of aid while 13 million are facing food shortages.

Yemen's Supreme Revolutionary Committee announced in a statement on Wednesday that Sana’a will spare no efforts at avenging the casualties and destruction left behind from the Saudi aggression.

“It is over 100 days that the Saudi aggressors are committing the most heinous crimes in Yemen, they have violated all international laws and have committed a full-fledged genocide in Yemen,” the statement said, adding that Riyadh and its allies have been hindering efforts aimed at the reconciliation of the Yemeni factions.

According to the UN, over 5,100 people, including 1,528 civilians, have been killed, since the Saudi military campaign in Yemen started on March 26.