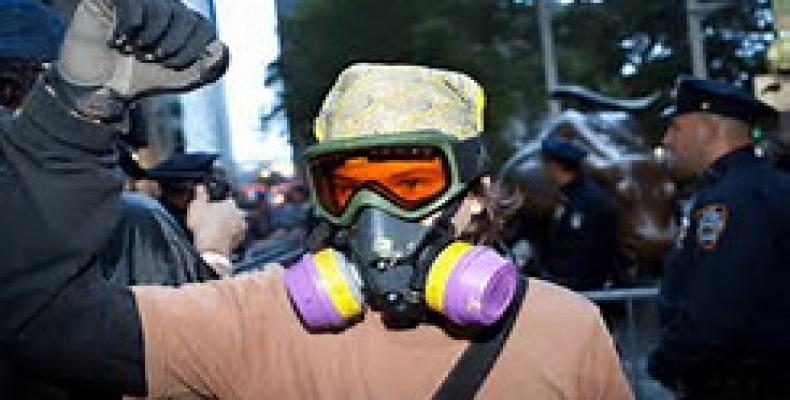 New York, July 15 (RHC)-- New York City has agreed to pay more than $300,000 to six Occupy Wall Street protesters who were doused with pepper spray by police in an encounter which helped ignite the movement.

Video of the incident shows New York City Police Deputy Inspector Anthony Bologna pepper-spraying a group of peaceful protesters, most of them women, while they are trapped in an orange police net.

The protesters received settlements of up to $60,000 each, the highest payouts to date for individual Occupy Wall Street protesters. The police inspector lost 10 vacation days for violating police guidelines.