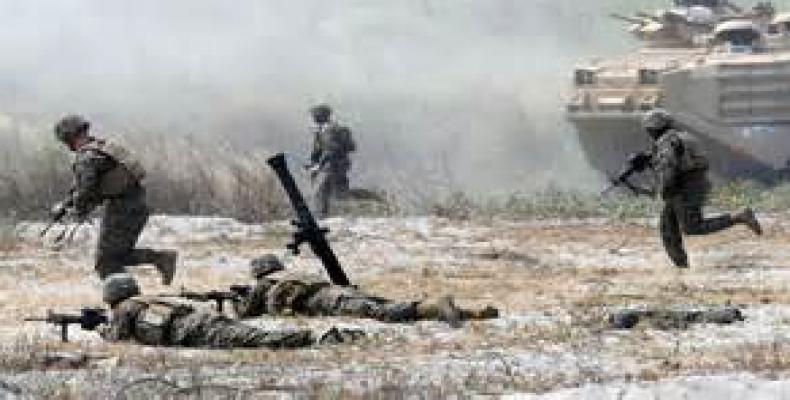 No media is allowed to cover the military exercise and social media is abuzz with speculations about the true purpose of the drills.

The launch comes about two months after the planned drill caused an uproar following speculations by conservative bloggers and Internet postings that it would amount to a federal takeover of the states. Suspicions intensified after a number of websites seized on an Army map that labeled Texas and Utah as “hostile” for the war simulation.

Army Green Berets, Navy SEALs and other Special Operations troops will be participating in military drills on private property, military bases and at some public facilities, according to The New York Times. Overall, the controversial operation will feature more than 1,200 troops.

The U.S. military has said citizens can expect little disruption to their day-to-day lives. However, officials have admitted the war game is unusual in its "size and scope."