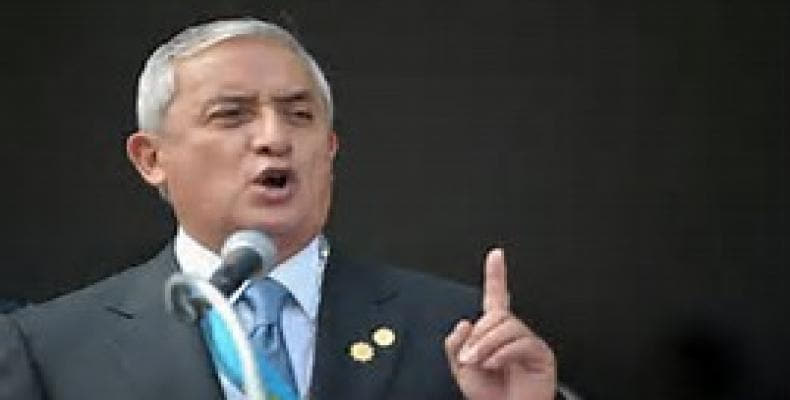 The heads of the Guatemalan chamber of commerce CACIF demanded the resignation of President, Otto Perez Molina, on Friday, during a press conference.

The development came less than 24-hours after the former country's Vice President Roxana Baldetti was arrested over her alleged participation in government corruption.

CACIF President Jorge Briz said that Congress had behaved with an “unacceptable irresponsibility and indifference,” over the corruption allegations against the president.

Last week, Guatemala’s congress voted to uphold Perez Molina’s presidential immunity from trial. The decision blocked further investigation into the president’s alleged involvement in corruption and the potential for his impeachment as a result of a congressional probe.