More than 300 Refugees Break Out of Hungary Refugee Camp 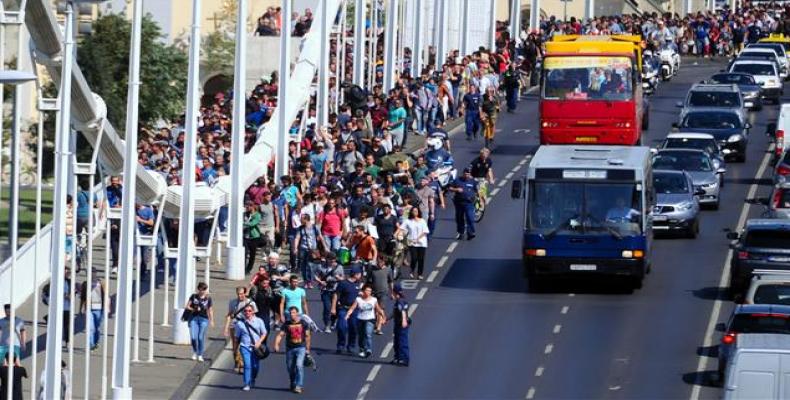 Budapest, September 4 (RHC)-- More than 300 refugees have broken out of confinement in a refugee camp near the Hungarian town of Roszke on the border with Serbia. According to police, the refugees broke through the fence of the Roszke migrant collection point in two groups and ran toward a highway.

Northern countries say the EU rules require that asylum claims be dealt with in the country they first arrive. However, frontline countries complain they lack the resources to take care of all the refugees.

This large discrepancy between the EU rules and how the refugees are treated on the ground has aggravated their already miserable situation.