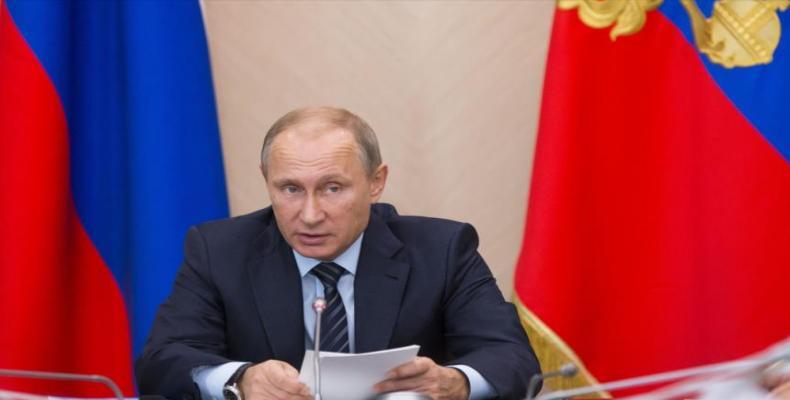 Antalya, November 17 (RHC)-- Russian President Vladimir Putin says financing for the Takfiri Daesh terrorist group comes from dozens of countries, including some G-20 member states. Speaking at a press briefing after the G-20 summit of world leaders in the Turkish Mediterranean coastal city of Antalya on Monday, Putin said that the Daesh terrorists have been receiving funds from 40 countries.

President Putin also stressed the need to resolutely put an end to the illegal trade in crude oil on a massive scale by Daesh terrorist group. “I have shown our colleagues the space and aerial images that clearly show the scale the illegal trade in oil and petroleum products has acquired," Putin said, adding: "Columns of fuel tankers stretched dozens of kilometers, so much so that from an altitude of 4,000-5,000 meters they go beyond the horizon."

Daesh’s main source of income is the sale of oil extracted from the fields it has captured since last year. Reports say the Takfiris control several oil fields in northern Iraq as well as Syria’s Raqqa Province.

Daesh also finances its acts of terror through drug trafficking, the sale of antiquities, and ransom from abductions. Furthermore, reports indicate that wealthy individuals in the Persian Gulf region have raised major funds for the terror group.

Last year, in a briefing to the European Parliament Foreign Affairs Committee, the EU's then ambassador to Iraq, Jana Hybaskova, announced that some European countries have purchased crude from Daesh. She, however, refused to disclose any names despite pressure by some parliament members to do so.

Turkey has been widely accused of buying and transporting oil from both Daesh and Qaeda-linked Nusra Front. However, Turkish authorities have denied reports of involvement in Daesh’s oil smuggling operations.