14 Killed in Mass Shooting in U.S. State of California 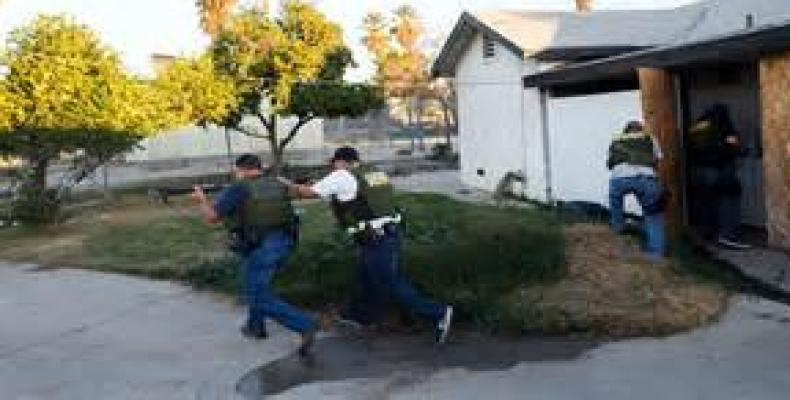 The shooting took place about 60 miles east of Los Angeles at the Inland Regional Center, a facility that provides services to people with disabilities. It was the worst mass shooting in the United States since the massacre at Sandy Hook Elementary School in Newtown, Connecticut, when a gunman killed 20 children, six adults, his mother and himself.

San Bernardino Police Chief Jarrod Burguan said one of the suspects in Wednesday’s shooting, Syed Farook, was a county health department employee who had attended a department holiday party at the Center earlier in the day. The chief said Farook left the party after some kind of dispute, then returned and opened fire.

After the San Bernardino shooting, President Barack Obama spoke with reporters and said that there is "a pattern now of mass shootings in this country that has no parallel anywhere else in the world."

In 2015, there has been an average of more than one mass shooting a day, with a total of 462 people killed this year alone.