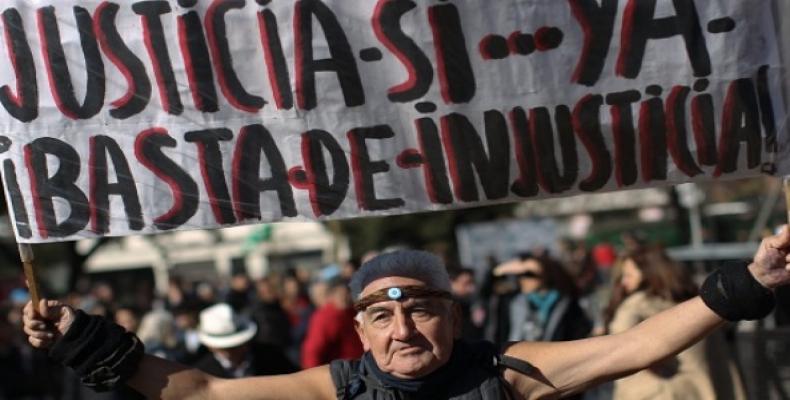 A panel of journalists and experts broadcast the program with some 6,000 demonstrators rallying in Buenos Aires’ Saavedra Park on Sunday afternoon amid chants from the crowd such as: “Macri, garbage, you are the dictatorship!” and other anti-government slogans.

Martin Sabbatella, former chief of the Federal Administration of Audiovisual Communication Services or AFSCA, said that the media watchdog has been one of the targets of Macri’s initial attempts to undermine the country’s Media Law.

In Macri’s first days in office, oversight of AFSCA and another regulatory body was transferred to the Ministry of Communication under Minister Oscar Aguad, who has vowed a departure from former President Cristina Fernandez’s policies.