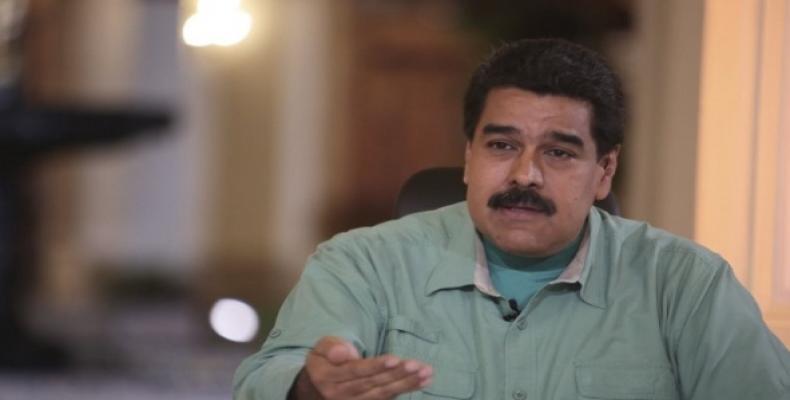 Caracas, January 5 (RHC)-- The Venezuelan right-wing is hoping to privatize state-run oil and telecommunications companies when it assumes power in the National Assembly, President of Venezuela Nicolas Maduro warned Monday.

According to the president, the aim of the Venezuelan right is to destabilize the country by threatening to privatize the entire productive sector of the South American country, including the Petroleos de Venezuela state oil company and state TV channel CANTV.

The Venezuelan leader announced plans for the government to implement measures to overcome an “economic emergency.”  He said he was ready to "activate an emergency plan and reconstruct our economy.”

In the same speech, Maduro also rejected comments made by U.S. State Department spokesman John Kirby, who expressed concern on behalf of President Barack Obama’s administration that the Venezuelan government is planning to “interfere with the newly elected National Assembly exercising its constitutionally mandated duties.”  Madura asked: "What does the State Department and the U.S. government have to do with the installation of the National Assembly?”

Maduro spoke after meeting with officials from his socialist PSUV party at the Miraflores Palace in Caracas Monday to discuss proposals ahead of the new assembly being sworn in Tuesday.

After the meeting, the Venezuelan leader congratulated Bolivar state lawmaker Hector Rodriguez for his work, praising him for his leadership in creating a parliamentary bloc in defense of the revolution.