Shelling Near Aleppo in Syria Kills 14 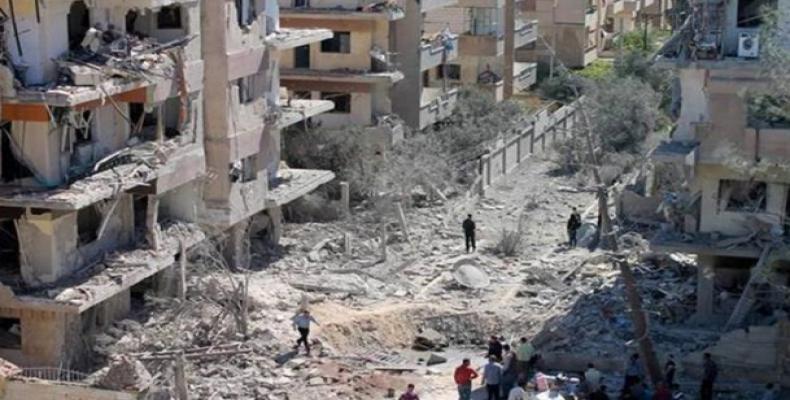 Damascus, March 7 (RHC)-- Terrorists have fired a barrage of mortars and rockets into a busy market in the northern Syrian city of Aleppo, leaving at least 14 people dead and 40 more injured.

State-run news agency SANA said on Sunday the attack occurred in the Kurdish-dominated neighborhood of Sheikh Maqsoud, which has been targeted by shelling despite a U.S. and Russian-brokered ceasefire that took effect February 27th.

The Syrian Observatory for Human Rights, a Britain-based group that monitors the conflict, said more than 70 rockets and mortar shells were fired at Sheikh Maqsoud.  The Observatory said the shells were fired by militants, affiliated with the al-Qaida-linked al-Nusra Front, Ahrar al-Sham Salafist movement with close ties to Turkey, and Daesh.