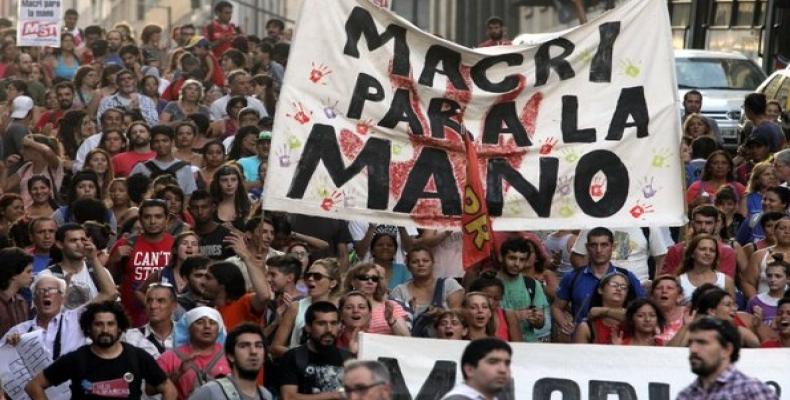 Buenos Aires, April 20 (RHC)-- In Argentina, thousands marched in Buenos Aires Tuesday to protest sweeping layoffs and austerity cuts imposed by Argentina’s new right-wing President Mauricio Macri.  His economic reforms include a sharp devaluation of the Argentinean peso, the dismissal of nearly 20,000 unionized public sector workers and the elimination of taxes for mining corporations. Argentina's president has also cracked down on press freedoms.

One of the organizers of the protest march, Eduardo Belliboni of the Workers’ Party, told reporters: "We have come from the poorest neighborhoods of the suburbs, which have no water, no electricity, and have a problem with rate hikes.  There are tremendous problems of joblessness now in Argentina, especially among our youth."