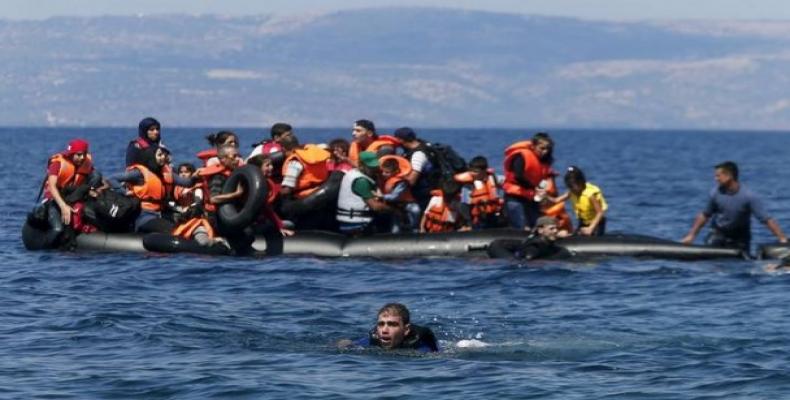 Geneva, April 21 (RHC)-- The UN refugee agency fears that up to 500 African refugees hoping to reach Italy from eastern Libya may have drowned after their overcrowded boat sank in the Mediterranean Sea.

The Office of the United Nations High Commissioner for Refugees (UNHCR) said in a statement on Wednesday that survivors from Somalia, Sudan, Ethiopia and Egypt who were rescued from a small boat have described seeing a large shipwreck last week that claimed the lives of approximately 500 people.

According to the  Office of the United Nations High Commissioner for Refugees, the survivors are 37 men, three women and a three-year-old child. They say between 100 and 200 people set off from near Tobruk in Libya in what they described as a large, "unseaworthy" vessel.  The survivors told the UN agency that smugglers brought in more passengers in the middle of the sea, which caused the boat to sink.

The statement said the larger boat -- which was "terribly overcrowded" -- then capsized and sank in the sea.  The survivors are believed to have drifted at sea for up to three days before they were rescued and taken to Kalamata in southern Greece.