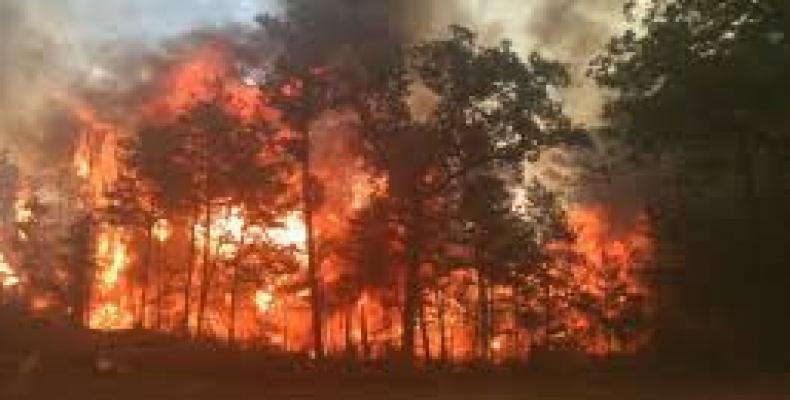 Edmonton, May 5 (RHC)-- The Canadian province of Alberta officially announced a state of emergency late on Wednesday after a raging wildfire destroyed at least 1,600 buildings, mostly homes, and forced more than 80,000 residents to flee.

Alberta’s emergency management officials said the fire had grown from about 1,200 hectares to span more than 10,000 hectares in the past two days.

Nine air tankers, a dozen helicopters and some 250 firefighters were battling the flames.  The military was also put on alert.

City officials in Fort McMurray are warning that the next 24 hours are critical, launching an urgent appeal to the population as firefighters said winds were fanning the flames in various parts of the city.

The mass evacuation of the city caused huge traffic jams on the highways especially around gas stations where drivers had to wait for hours to fill their tanks.

The fire which initially started southwest of Fort McMurray on Sunday and spread rapidly to the outskirts of the city has suspended all flights in and out of the area.