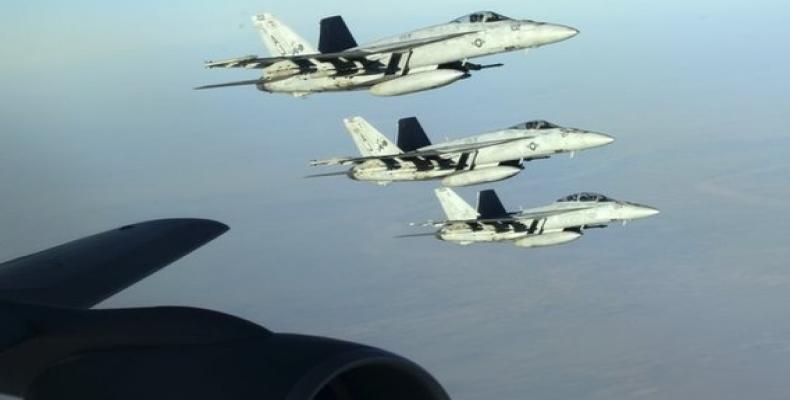 Gaza City, May 5 (RHC)-- Israeli warplanes bombed at least five positions around Gaza's  international airport near the southern city of Rafah and nearby farming areas on Wednesday.

Following the attacks, the al-Qassam Brigades, the armed wing of the Palestinian resistance movement Hamas, said in a statement: "We will not allow a continuation of Zionist aggression against the Gaza Strip.  The enemy should not invoke any reason whatsoever for its actions and leave the Gaza Strip immediately."  The Palestinian Islamic Jihad movement also released a statement warning Tel Aviv against any escalation along the border.

Hamas spokesman Sami Abu Zuhri said: "Hamas holds the Israeli occupation completely responsible for the escalation east of Gaza and the consequences of it." He called on the concerned parties to "shoulder their responsibility to stop this aggression and Israeli crimes."

Earlier on Wednesday, Israeli tanks, stationed along the Gaza border, shelled several areas in eastern Gaza, targeting Hamas security posts.  At least one Palestinian house was destroyed in the shelling.

The Gaza Strip has been under an Israeli siege since June 2007.  The blockade has caused a decline in the standards of living as well as unprecedented levels of unemployment and unrelenting poverty.  Tel Aviv has also waged three wars on Gaza since 2008, including a devastating 50-day aggression in 2014 that left more than 2,200 Palestinians dead and over 11,100 others injured.