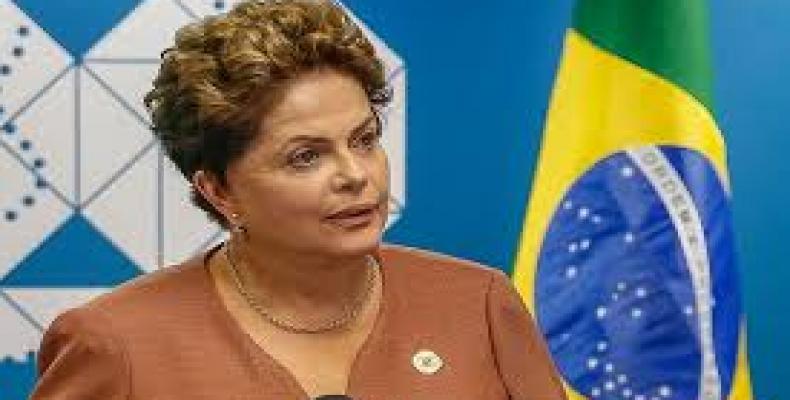 Brasilia, May 11 (RHC--teleSUR)-- Brazilian President Dilma Rousseff took her battle to survive impeachment to the Supreme Court, in a last-ditch attempt to prevent the Senate from ousting her on Wednesday for alleged violation of budget procedures.

Attorney General Eduardo Cardozo, the government's top lawyer, asked the Supreme Court to annul impeachment proceedings, his office said.  Speaker Eduardo Maranhao had earlier annulled a vote by the lower house due to "procedural flaws" in the April 17th vote that left the decision in the Senate’s hands. In a statement to the Senate, Maranhao did not cite any reason for backtracking.

If a simple majority agrees to put her on trial, Rousseff will be suspended from office on Thursday, leaving Vice President Michel Temer in power for up to six months during her trial.

And if Dilma Rousseff were convicted and removed definitively -- in what amounts to a coup -- Temer would stay in the post until elections in 2018.