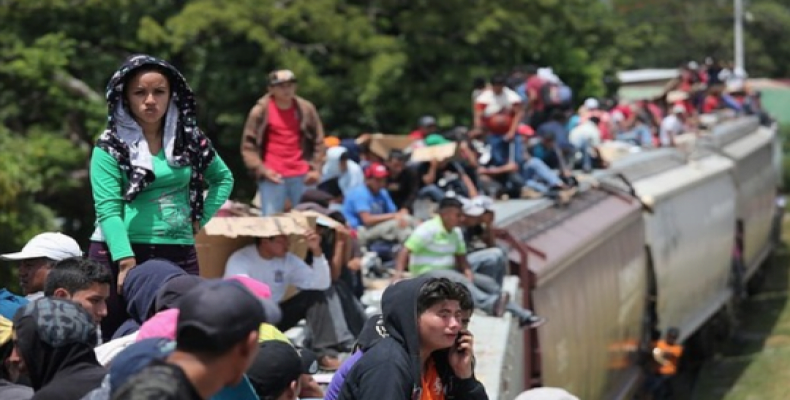 Washington, May 14 (RHC)-- The United States has detained a greater number of undocumented immigrants from Mexico during the first months of this year in comparison with the same period last year.  According to reports, 33,335 people were detained in March alone, showing an increase of 11 percent from the same month in 2015, the U.S. Border Patrol says.

The number of detainees captured in October and November was similar to that in the same months of 2013, when there was a decrease in the number of those who attempted entries, especially by unaccompanied minors.

The increasing level of migration caused concerns especially for the children among the asylum seekers, leading to emergency measures by the government to look after them in mid-2014.  The majority of the immigrants come from Central America, a region beset by poverty, street gangs, and drug-related violence.

The U.S. is due to provide Central American countries with 750 million dollars in aid this year to improve security, raise living standards and discourage people from entering the U.S. through Mexico.

President Barack Obama's executive actions, which aim to offer temporary protection for undocumented immigrants, ran into opposition from conservative justices on the Supreme Court on April 18.  His plan would grant temporary legal status and work permits to over 4 million parents who have entered the U.S. illegally since 2010.

Over 100,000 families have entered the U.S. from its border with Mexico since 2014 to escape the violence gripping El Salvador and Honduras among other countries in Central America.