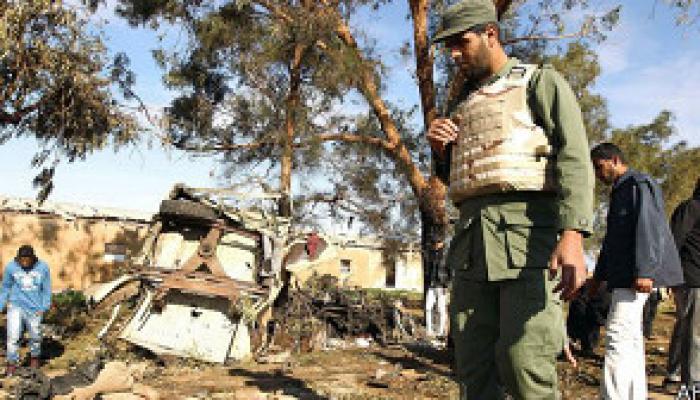 Tripoli, December 23 (RHC)-- The death toll from a bomb attack on a security checkpoint outside the eastern Libyan city of Benghazi has risen to 13. According to reports from the North African country, the targeted checkpoint is located 50 kilometers (30 miles) east of Benghazi, which has been hit by a series of fatal attacks in recent months that have left over 300 people dead.

The Libyan government updated an earlier toll in a statement issued on Sunday, noting that three people have also been injured in the bombing and three others have gone missing. Libyan authorities have called for three days of national mourning.

According to police officers, the security unit working at the checkpoint had received several threats after the arrest of four people in November who were carrying weapons, explosives, money and a hit-list. They added that a police convoy that had been taking the suspects to a barracks in Benghazi after their arrest came under attack as it entered the restive city. Four soldiers were killed in that assault.

Over the weekend, the head of military intelligence in Benghazi was killed during a visit to his family in nearby Derna, while a man lost his life in an earlier car bomb blast in the city of Tobruk.