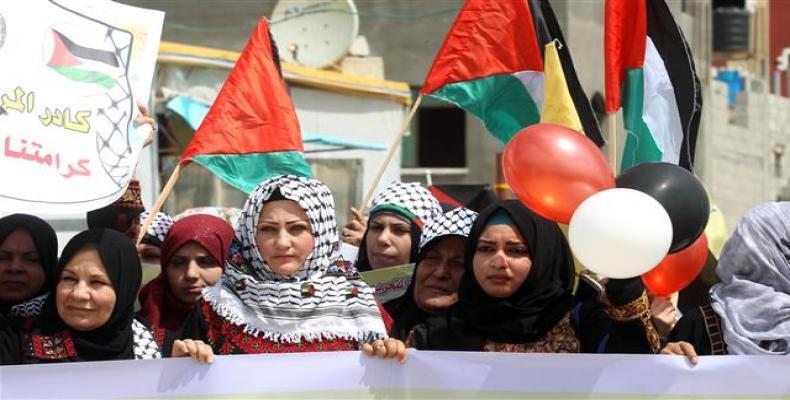 Gaza City, May 21 (RHC)-- Thousands of Palestinians have staged a protest rally in the besieged Gaza Strip, calling for an end to the nine-year Israeli siege of the coastal enclave. The rally was organized by the Palestinian resistance movement Hamas on the occasion of the 68th anniversary of Nakba Day (the Day of Catastrophe).

Residents of the Gaza Strip and Hamas officials, including senior leader Ismail Haniyeh, attended the huge rally on Friday. Every year on May 15th, Palestinians all over the world hold demonstrations to remember Nakba Day, which marks the anniversary of the forcible eviction of hundreds of thousands of Palestinians from their homeland by Israelis in 1948.

Since 1948, the Israeli regime has denied Palestinian refugees the right to return, despite United Nations resolutions and international law upholding people's right to return to their homelands.