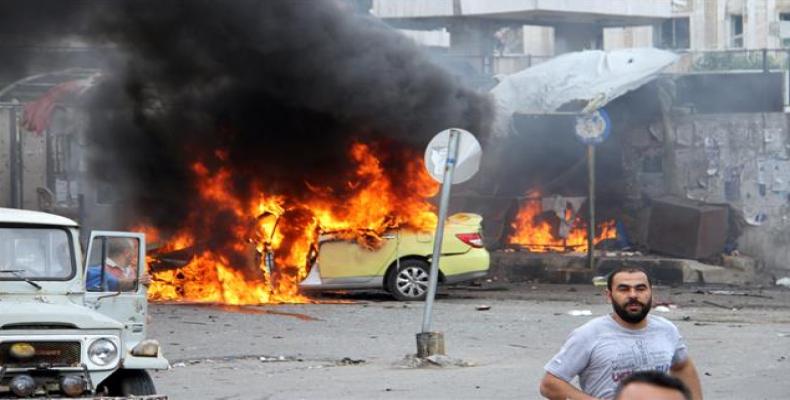 Damascus, May 23 (RHC)-- Seven bomb explosions have rocked the coastal cities of Tartous and Jableh in western Syria, leaving at least 101 people dead.  According to sources in Syria, the attacks in Jableh took the lives of at least 53 people and left scores of others injured on Monday morning.  And at least 48 people were killed in Tartous and many others injured in almost simultaneous bombings.

According to the report, one of the explosions occurred near a hospital when a bomber detonated his explosive vest.  Daesh claimed responsibility for the bombings.  The Takfiri group, which is controlling parts of Syria and neighboring Iraq, has repeatedly targeted civilian structures like hospitals and schools.

Rights groups have documented numerous cases of such bombings and attacks over the past months.  Physicians for Human Rights said in a recent research that terrorists had carried out about a dozen attacks on medical facilities, with Daesh being responsible for at least eight of them in which more than a dozen medical staff had been killed.