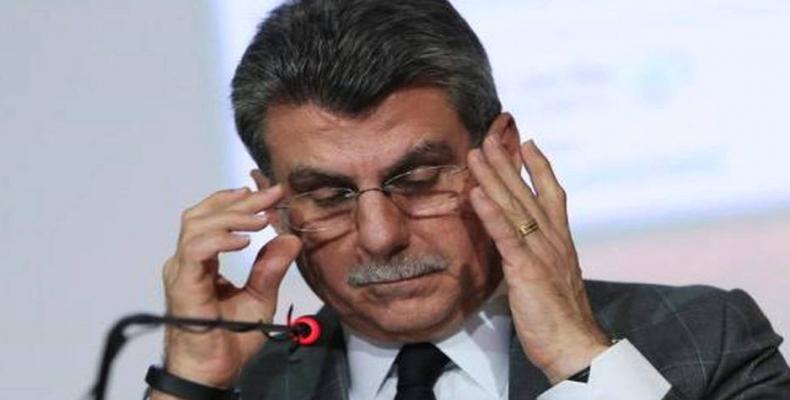 Brasilia, May 24 (RHC)-- New evidence has revealed that the impeachment bid against Brazilian President Dilma Rousseff has a clear goal of protecting corrupt officials, particularly members of the newly installed government, from facing justice.

In leaked recordings reported by the Brazilian daily Folha de Sao Paulo on Monday, interim Planning and Development Minister Romero Juca is caught on tape just weeks before the vote on Rousseff's fate in the lower house of Congress saying that removing her from office would be the way to "find a way out" and "stop the bleeding" of the corruption investigations known as Operation Car Wash centered around the state-run Petrobras oil company scandal.

The secretly taped conversation details how Minister Juca, a senator and head of coup-imposed interim President Michel Temer's PMDB party, schemed with Sergio Machado, former president of a Petrobras subsidiary, about how they could put a stop to the Supreme Court's investigations -- something they were both eager to do as targets of the probe into bribery and money laundering.

"We have to stop this shit," Juca says to Machado after they both argue that there should be an impeachment.  "We have to change the government to be able to stop this bleeding."  Machado responds, saying: "Man, the easiest solution is to put in Michel [Temer]" -- going on to say that chief prosecutor Rodrigo Janot is "going after" Juca and that he himself could be next.

In a later segment, Minister Romero Juca says he has already spoken to members of the Supreme Court and military commanders, adding serious weight to the suspended government's claims that the impeachment process has constituted a coup against Rousseff and against democracy.  Juca adds that the investigations "will never stop" with Rousseff in power and says that what's needed is "a deal."

The minister had told Folha early on Monday that he would not resign over the leaked recording, but by Monday evening AFP had reported that Juca would be "stepping aside starting Tuesday."

According to Folha, former Petrobras subsidiary president Sergio Machado was the PMDB's handpicked person to head Transpetro, a subsidiary of Petrobras.  He is now facing investigation alongside senate chief Renan Calheiros, another member of the PMDB.  Juca faces investigations over accusations of receiving millions of dollars in bribes within the same scandal.

Dilma Rousseff's political rivals have capitalized on popular anti-corruption sentiments and sold the impeachment bid as a campaign against government fraud.  But the rampant corruption in the ranks of her opponents has laid bare the fact that removing her from office is more about protecting corrupt officials from prosecution and imposing a conservative policy agenda that the majority of Brazilians would not support in an election.