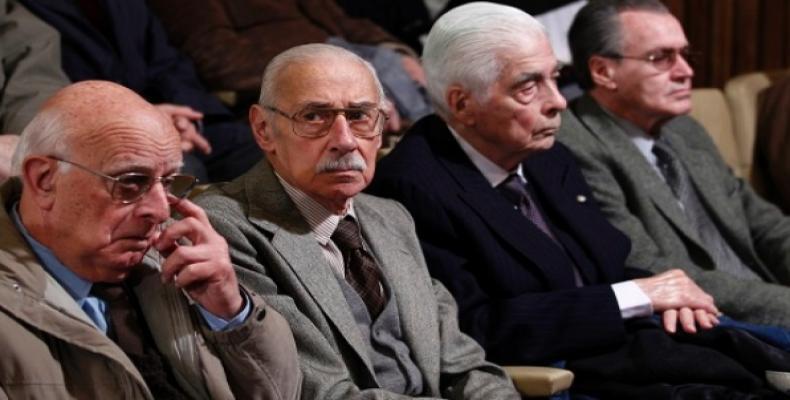 Buenos Aires, May 27 (RHC-teleSUR) -- Judges in Argentina are ruling on the crimes committed under Operation Condor, a program launched in the 1970s designed to eliminate all opposition to right-wing dictatorships in South America.

After three years of hearings, the courts will charge 18 former military officials, 17 from Argentina and one from Uruguay, with kidnapping, torture and forced disappearance.  Seven officials, including former dictator Jorge Videla, have died during the hearings process.

The testimonies heard include the stories of 100 Argentines, 45 from Uruguayan, 22 from Chileans, 15 Paraguayans and 13 Bolivians.

According to court records, the operation had three stages.  First, was to identify opponents, then to kidnap them, and finally to disappear those exiled abroad.

This last stage was stopped after the assassination of Chilean socialist Orlando Letelier in Washington, D.C.  In 1976, Letelier, then former Chilean foreign minister under President Salvador Allende, who was deposed and killed in a U.S.-backed coup three years earlier, was killed by a terrorist car bomb in Washington D.C.  Documents prove that dictator Augusto Pinochet, who overthrew democratically-elected Allende in a brutal military coup, ordered the attack.