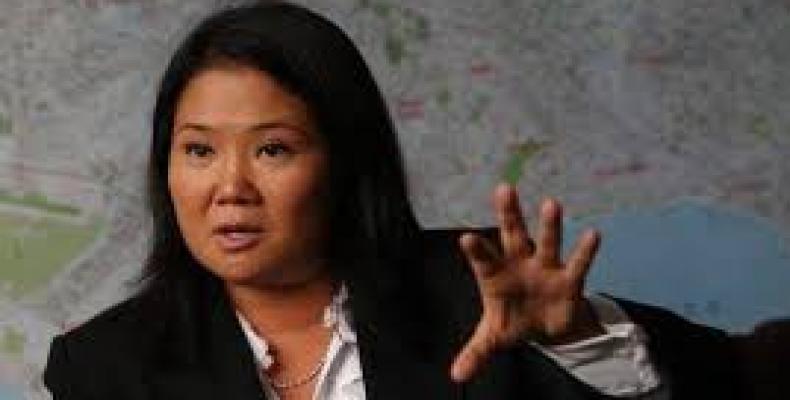 Keiko, the daughter of former dictator Alberto Fujimori, is currently ahead in polls but protest organizers believe they can have an impact on public opinion by pointing out previous and current links between “Fujimorismo” and corruption, authoritarianism, drug trafficking and human rights violations.

The last major march against Fujimori, which took place on April 5 during the first round of presidential elections,  brought together an estimated 50,000 people in Lima alone.

Alberto Fujimori, Keiko's father, is currently serving a 25-year prison sentence for crimes against humanity and corruption during his reign from 1990 to 2000.  During the elder Fujimori's rule, Congress was closed down and the military massacred thousands of innocent civilians in the name of fighting “terrorism.”

During the dictatorship, journalists, activists and political opponents were kidnapped by government death squads and a staggering 270,00 Indigenous women were forcefully sterilized between 1995 to 2000.  It is also estimated that a total of US$600 million dollars were stolen by the government under Alberto Fujimori, leading Transparency International to rank him as the seventh most corrupt head of state in the past two decades.