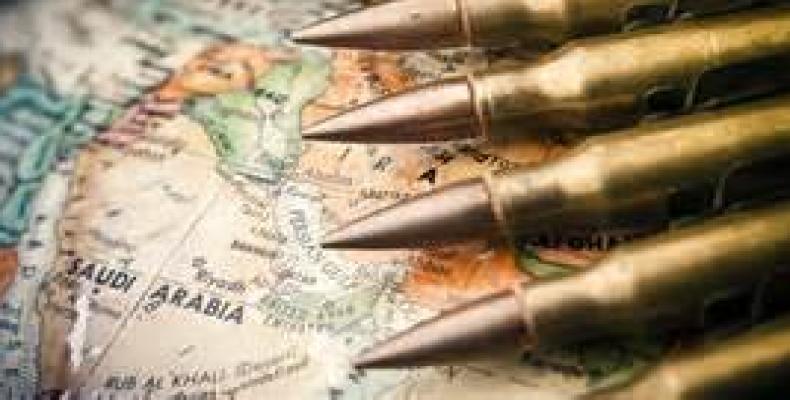 London, June 11 (RHC)-- The British government is selling record amounts of weaponry such as missiles, bombs and grenades to repressive regimes identified by its Foreign Office as having dubious human rights records, including war crimes.

More than $4.4 billion worth of British-made weaponry was licensed for export in 2015 to 21 of the Foreign Office's 30 "human rights priority countries" -- those listed by the UK government as being where "the worst, or greatest number of, human rights violations take place," or "where we judge that the UK can make a real difference," The Observer reported Sunday.

The listed regimes that made major purchases of British armaments last year include Saudi Arabia, Bahrain, Egypt and Burundi, according to the report.

According to the figures accessed by the UK daily, in 2014 Britain only licensed $248 million worth of arms to 18 of the 27 countries then on the "priority countries" list. The massive surge in the arms sales in 2015 is largely attributable to sales of weapons to the Saudi kingdom.