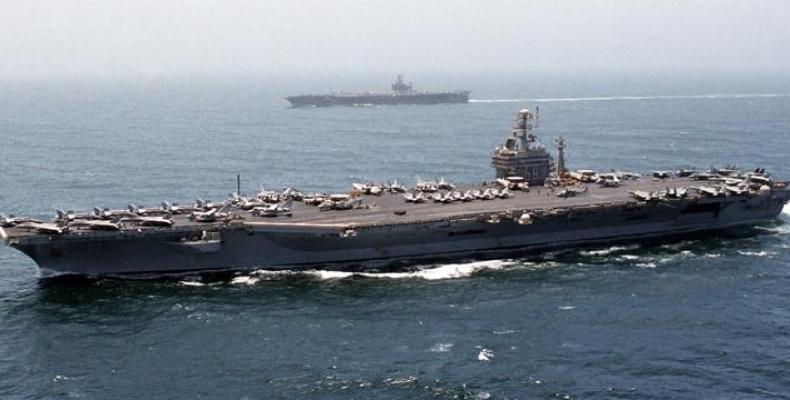 Washington, June 14 (RHC)-- A second U.S. aircraft carrier has arrived in the Mediterranean amid Washington’s alleged concerns about Russian maritime expansion in the region.  According to the U.S. Navy, the USS Dwight D. Eisenhower entered the Mediterranean late on Monday, leading a strike group of cruisers, destroyers and warplanes.

The carrier was deployed to the region to relieve the USS Harry S. Truman carrier strike group which is currently operating in the area following an extended eight-month deployment.  It is expected to head back to the U.S. later this month.

The Eisenhower, also known as the "Ike," will continue on to the Persian Gulf to participate in U.S. air strikes on purported Daesh targets in Iraq and Syria.  Fighter jets have been flying off the board of the Truman to carry out air strikes on Daesh since June 3rd.

The Navy said the presence of two U.S. carriers in the Mediterranean is indicative of Washington’s commitment to safety and security of the region, while sending "a strong message of support to our allies and partners in Europe."