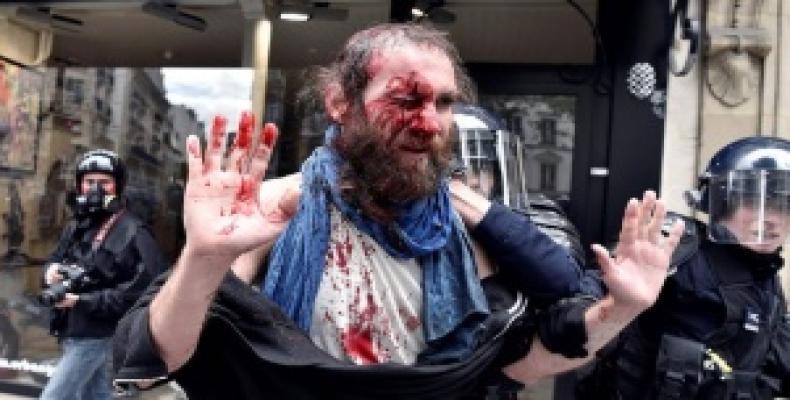 Paris, June 14 (RHC)-- French police used teargas against anti-labor law protesters in the French capital as union workers go on strike over government labor reforms.  On Tuesday, tens of thousands of protesters from all over France flocked to Paris, as the city's iconic Eiffel Tower was closed due to workers' strike.

Seven French unions and student organizations called for demonstrations against the proposed labor law, which is being debated in the Senate.  Union workers, rail workers and taxi drivers are also on strike.

The CGT labor union said the Paris march would be the biggest show of strength for three months.  About 700 buses ferried protesters to the capital for an afternoon march through the city center.

Workers believe the government's labor reforms will not benefit them in any way and make it easier and cheaper for owners of businesses to fire workers.  Tuesday's march comes at a time when police are struggling to ensure security during the month-long Euro 2016 soccer tournament with France still on maximum terror alert after the deadly terrorist attacks that killed 130 people in November.