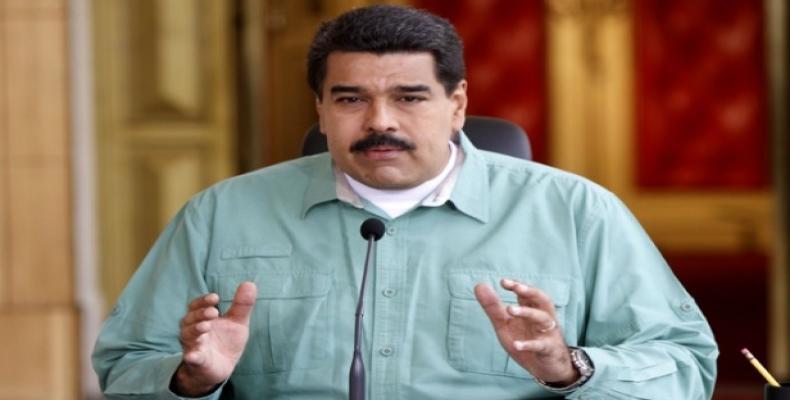 Caracas, June 17 (RHC-teleSUR)-- Venezuelan President Nicolas Maduro has welcomed the prospect of normalized relations with the United States after Foreign Minister Delcy Rodriguez and U.S. Secretary of State John Kerry announced there would be high-level meetings to improve relations between the two countries.

President Maduro accuses the United States government of conspiring with the Venezuelan opposition to oust him from office.  But the United States suffered an embarrassment at the recent General Assembly of the Organization of American States in Santo Domingo, when member-states rejected Secretary-General Luis Almagro's efforts to have Venezuela suspended from the regional bloc.

Instead, member-states accepted a request from Venezuela to review the behavior of Almagro to determine if he stepped out of line with his polemic and undiplomatic statements aimed at the Venezuelan government.

In light of the dynamics that played out at the OAS, Kerry took a decidedly different line, saying the U.S. opposed suspending Venezuela from the bloc.