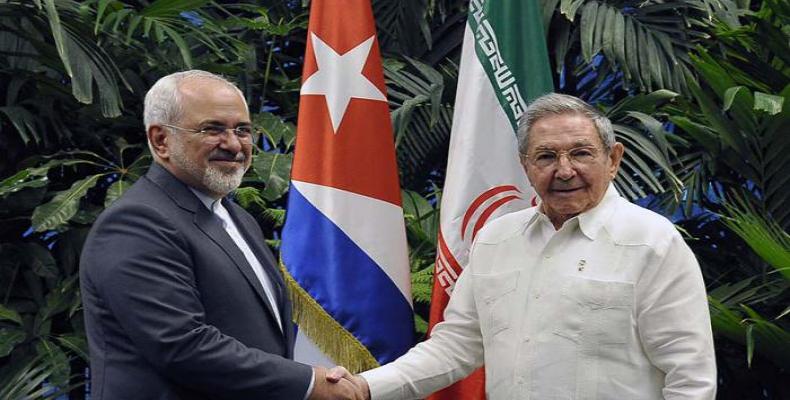 Raul and Zarif addressed the state of bilateral relations, which were described as positive, and agreed they could be further expanded in areas like the economy, trade, finances and cooperation.

Havana was the first leg of a six-nation Latin American tour of the Iranian foreign minister, aimed at strengthening Teheran's economic cooperation with the region.

The top Iranian diplomat traveled accompanied by a delegation of more than 60 members, including government and business representatives.