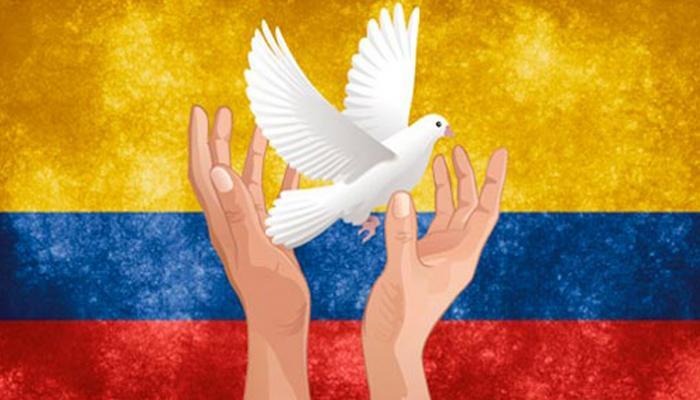 Havana, August 25 (RHC)-- Representatives of the Revolutionary Armed Forces of Colombia, FARC, and the government of President Juan Manuel Santos have signed an historic peace accord during a ceremony in Havana.

Wednesday's signing is the latest step in the efforts to end one of the world’s longest conflicts.  The war in Colombia began in 1964 and has claimed some 220,000 lives.  More than five million people are estimated to have been displaced.

Speaking in Havana on Wednesday, FARC peace negotiator Comandante Iván Márquez celebrated the historic agreement, saying: "We have won the most beautiful of all battles: the battle for peace for Colombia.  Today, we closed in Havana, Cuba, the peace process Colombia has most yearned for -- land, democracy, reparation to victims, the laying down of weapons."

It was also announced that a national referendum "in a norm to guarantee a future with dignity for all" will be held on Sunday, October 2nd.