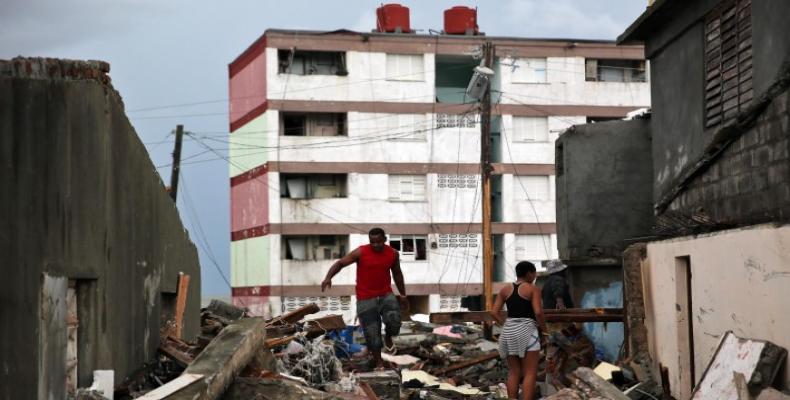 Havana, December 16 (RHC)-- Resident Coordinator of the United Nations in Cuba, Myrta Kaulard, has praised the swift and effective distribution to people in eastern Cuba of foreign assistance to the victims of Hurricane Matthew, a strong storm that affected the eastern-most part of the island in October.

Ms. Kaulard toured warehouses in the area and noted the rapid delivery of assistance to persons in need, as well as the speedy recovery of communities gravely affected by that storm.

The assistance received from abroad, plus the resources distributed by the Cuban Government, have contributed to the prompt recovery of the areas in five eastern provinces affected by the hurricane, one of the strongest in recent memory in that part of the Caribbean.

At the same time, in the city of Guantanamo, located in the easternmost province of Cuba -- severely affected by the hurricane -- construction brigades have already rebuilt over 300 homes and scores of community institutions.