Pastors for Peace Begins Preparations for Next U.S.-Cuba Friendshipment Caravan 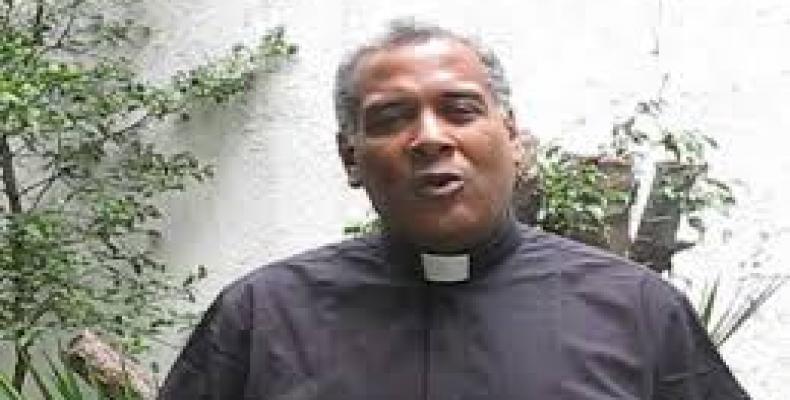 Havana, December 20 (RHC)-- Reverend Luis Barrios, a member of the Board of Directors of the Inter-religious Foundation for Community Organization (IFCO) Pastors for Peace, has outlined details of the upcoming U.S.-Cuba Friendshipment Caravan, which will once again challenge Washington's unilateral blockade policy against Cuba.

Reverend Luis Barrios told reporters in Havana that the 28th Pastors for Peace U.S.-Cuba Friendshipment Caravan, which since 1992 has defied the criminal economic, commercial and financial blockade, will begin its solidarity activities with the Cuban people in April 2017, with visits to U.S. senators and members of Congress in their Washington offices.

A Professor of Psychology, Criminology, Latin American and Latino Studies and Ethnic Studies at the John Jay College of Criminal Justice (CUNY), in New York, the U.S. reverend explained that educational activities will be held to outline the damages caused by Washington's coercive measure against Cuba.

He added, ”We will rely on academics with knowledge of the Cuban reality to explain the country's achievements in education and health, emphasizing in particular the important aid and cooperation provided by Cuban doctors in more than 60 countries, their participation in the fight against the lethal Ebola outbreak in West Africa and the cancer treatments developed by Cuban scientists, despite interventionist policies that seek to destroy the Revolution.”

The caravan will tour several cities in Canada, the United States and Mexico, before arriving in Cuba in July 2017.

The U.S. pastor stressed that the territories affected by the passage of Hurricane Matthew last October will be the focus of the 28th U.S.-Cuba Friendshipment Caravan, with the purpose of delivering materials and undertaking volunteer work in the reconstruction of the buildings damaged by that powerful storm.