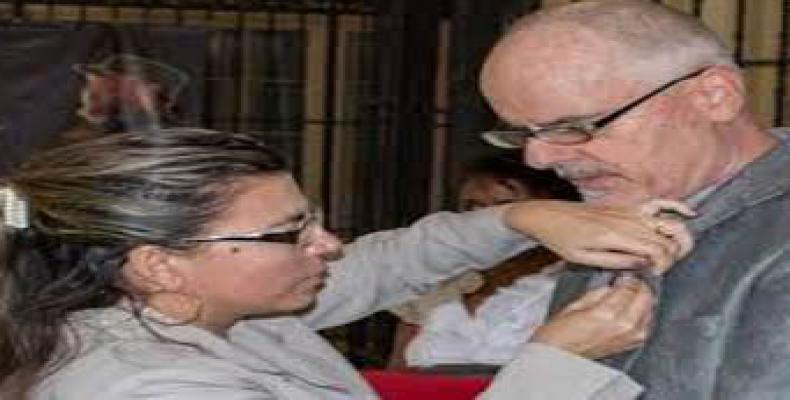 Havana, February 13 (RHC-ACN)-- Outstanding Australian intellectual Tim Anderson has been awarded Cuba's Friendship Medal, as an acknowledgement of his unconditional solidarity towards Cuba and its revolution.

During the award-presenting ceremony, ICAP Vice-President Alicia Corredera highlighted Anderson´s tireless efforts in defense of just causes, human rights and the right to self-determination of all the Asian-Pacific and Latin American peoples.

She spoke highly of Anderson´s significant contribution to the work being carried out by Cuban professionals, in the framework of cooperation programs with East Timor and with several other Pacific islands.

Upon receiving the distinction from ICAP President Kenia Serrano, Anderson thanked Cuba for the great honor and said he was proud of being Cuba's friend.