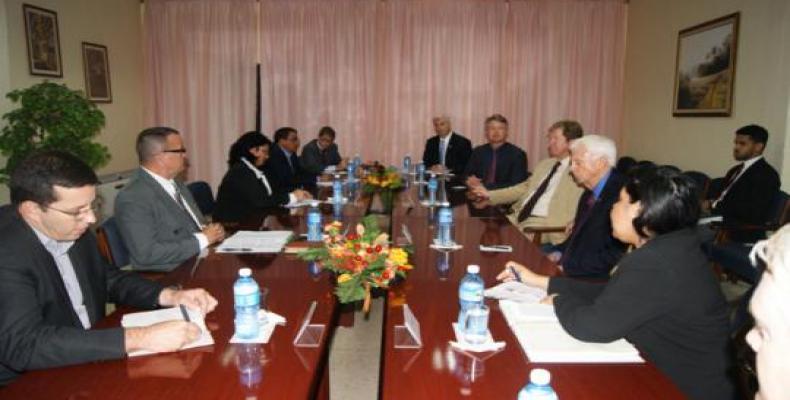 Havana, March 8 (RHC-PL) – A visiting delegation of U.S. Republican congressional representatives have expressed an interest in doing business with Cuba, particularly in agriculture.

The Cuban Foreign Ministry reports that the delegation held a working meeting Tuesday with senior officials at the Cuban Ministry of Agriculture.

In statements to the press, the U.S. lawmakers called for the lifting of the U.S. blockade of Cuba and urged mutually beneficial relations in compliance with laws governing international trade. To that aim, they said they are currently working on new draft bills to be introduced in the U.S. Congress.

The two sides analyzed prospects of exchanging experiences and knowledge in the sector, as well as promoting joint research.

The legislative delegation was informed about agricultural and other business projects approved by the Cuban Government, as well as the damage the U.S. blockade inflicts on the sector and the Cuban economy in general.

The visiting representatives were Republican John W. Bergman and Tom Emmer, both from Michigan; Jason Lewis from Minnesota; Roger Marshall from Kansas, and James Comer from Kentucky.  Four other U.S. government officials also made up the delegation.