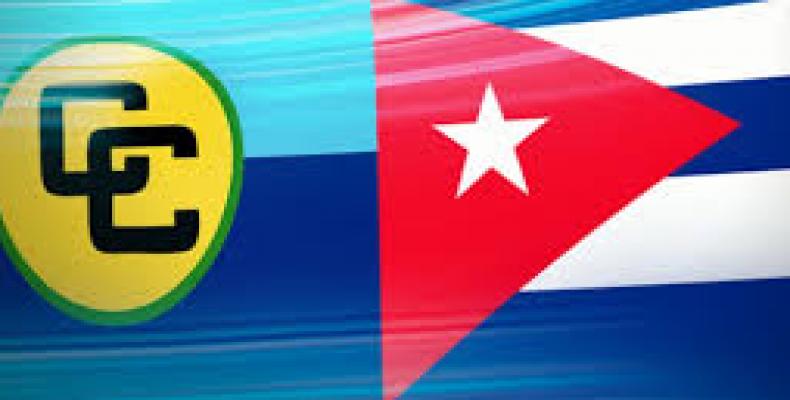 Havana, March 11 (RHC)-- The 5th Cuba-CARICOM Ministerial Meeting is holding sessions in the Cuban capital, aimed at strengthening links between Cuba and the regional grouping. The meeting was as preparation for the 6th Cuba-CARICOM Summit that will take place in December in Antigua and Barbuda.

In delivering the opening remarks, Cuban Foreign Minister Bruno Rodríguez said that main issues for discussion include the active participation of CARICOM nations and Cuba within the Community of Latin American and Caribbean States (CELAC), and how the membership of several regional countries in this and other mechanisms, namely the Bolivarian Alliance for the peoples of Our Americas (ALBA) and the PetroCaribe oil energy program, have contributed significantly to ongoing efforts toward the necessary integration of all Latin American and Caribbean nations and peoples.

Also high on the meeting's agenda is a review of the agreements contained in the Cuba-CARICOM comprehensive cooperation mechanism. Established in 2002, it promotes cooperation in such sectors as education, health, disaster mitigation and relief, construction, training of professionals in the most diverse fields and energy, among others.

The participating foreign ministers and senior officials of CARICOM states and Cuba are also reviewing the implementation of agreements reached at the previous Cuba-CARICOM Summit, held in Havana in 2014, as well as ways to further support and assist Haiti –one of the region's most vulnerable nations.

The top Cuban diplomat said that united, regional peoples will be stronger and in a better position to face common challenges raging from the imposition by some countries of extremely protectionist trade measures to the criminalization and subsequent mass deportation of Caribbean nationals and their discrimination based on either religious or racial criteria.

One of such challenges affecting us all, said Minister Bruno Rodríguez, is the growing vulnerability of Caribbean states to natural disasters due to their geographical location.

He announced that Cuba will launch a new TV channel called 'Caribe' on March 14th, on occasion of National Press Day. Aimed at promoting regional integration, most programs of the new HD channel will be broadcast live from 8:30 a.m. to midnight (local Cuban time).

Minister Bruno Rodríguez also took the opportunity to thank CARICOM members for their traditional stance at regional and international forums against Washington's economic, financial and trade blockade of Cuba.

Senator McClean pointed to the need to focus debates on strengthening intra-regional exchanges, expanding regional markets and the common fight against corruption and drug trafficking.

The CARICOM senior trade official congratulated Cuba for changes it is making to its economic model, which she said have had a very positive impact nationally, as well as regionally.

Created on July 4th, 1973, through the signing of the Chaguaramas Treaty in Trinidad & Tobago, CARICOM is immersed in the implementation through a number of phases of an integrated development strategy called the Caribbean Single Market and Economy (CSME).

At the 1st Cuba-CARICOM Summit, held in Havana in 2002, leaders agreed to establish December 8th as Cuba-CARICOM Day.